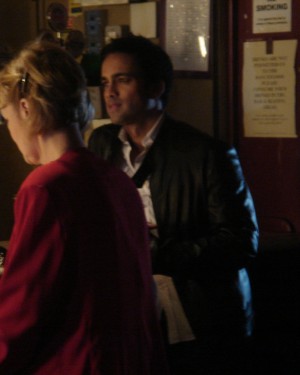 The last few hours in the life of Daisy: at 73, diagnosed with Alzheimer’s. Daisy decides to do something that at one time would have taken no courage or thought at all: go out on a Saturday night. She finds herself having the kind of evening she would have dreamed of…she meets ‘Guy’ (Valmike). He provides a fantasy romantic encounter for Daisy; ultimately her saviour and all round good guy but on returning home the reality of the events become clear and she’s forced to recognise that all is not what it had seemed.