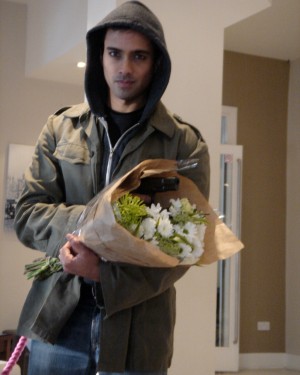 With his MI-5 handlers baying for blood, NICK (Danny Webb – Valkyrie) has a split-second to make a life or death decision about whether Shaheed (BAFTA nominee Art Malik) is a terror suspect. Valmike plays RAMI MAZARI, Art Malik’s son. He is part of a radical group who creates a honey trap to lure a government minister who they wish to assassinate. In order to gain access to the hotel he adopts a calm and pleasant demeanor but when his target comes in to view he becomes totally focused on his mission with tragic results.