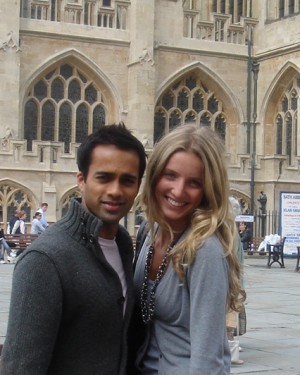 Valmike’s debut feature film alongside Annabelle Wallis (Peaky Blinders, The Tudors, Pan Am).  He plays a geeky Indian from a small village in India.  It is a funny story about the people you grow up with.